How Will Pulling Out of the Paris Accord Affect the Auto Industry?

Regardless of your stance on the realities of human-induced climate change, one thing is certain: the U.S. auto industry is part of the global auto industry. Pulling out of the Paris Accord is likely to affect the way it does business only minimally.

Two of the major U.S. manufacturers have issued statements supporting this.

Elon Musk, CEO of Tesla Motors, resigned from his presidential council posts as a result of the announcement to pull back from the agreement. Yes, it could be argued his electric car company stands to lose if the agreement fails and the future leans toward fossil-fueled cars, but he firmly believes it’s the right thing to do. Musk even tweeted: “Climate change is real. Leaving Paris is not good for America or the world.”

Today’s U.S. auto industry must compete on a global stage. The days of selling cars in a single market are long gone. If American builders want to market cars in Europe, Japan, Korea and even California, it has to engineer them to meet standards established by governments making decisions based upon the tenets of the Paris Agreement.

Meanwhile, developing markets such as China, India and many African nations have also agreed to work within the parameters established by the agreement. China alone currently represents the second-largest new car market in the world and is nipping at the heels of the United States to become the largest. If you want to make money selling cars these days, you have to meet China’s standards.

Today’s new car platforms are developed for the global market for a number of reasons. When Ford builds the Mustang with Europe in mind (which it started doing with the current generation of the car), you’re looking at a significant paradigm shift in building and selling cars. The Camaro is based on a model originally intended for consumption in Australia, meanwhile FiatChrysler is shipping Jeeps to Europe and all over the world.

It’s simply too expensive to engineer a version of the car to work “over there” and another one to take advantage of lax rules “over here.” In addition to emissions concerns, manufacturers must plan for safety considerations as well. When shoppers compare car insurance rates, models have to be competitive in these arenas—regardless of where they’re built—for sales to be successful. Consumers will answer with their wallets by avoiding models that hike their premiums, their gas bills and their risk levels on the road.

One of the primary factors driving emissions laws in the United States has been the fact that California is the largest car market in America and the state’s air quality rules are the most stringent in the country. Because of this, manufacturers develop their cars to the California spec, rather than shoulder the expense of developing two different versions.

For these reasons, pulling out of the Paris Accord is likely to have very little effect on the U.S. auto industry as a whole. It’s already committed to building cars to be sold all over the world. 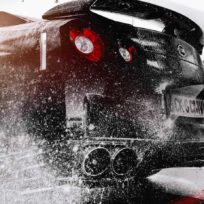 A Guide to Valeting Your Car like a Pro 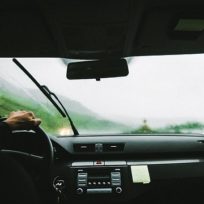 Most Effective Ways To Clean Your Wiper Blades