Where is Photography Going?

35mm film essentially ended the usage of large and medium format photography for the average user. These cameras were smaller, lighter and easier to use than the large format cameras that had been around since the advent of modern photography. Since this opened the medium up to the average person, more and more photos were being taken.

The technological progression of cell phone cameras has had a similar effect on more traditional digital camera markets. Over the last five years, DSLR sales have slowed due to the advent of better mirrorless cameras and the ubiquity of the camera-equipped smartphone. The highest rated smartphone camera to date, the Samsung Galaxy S7, can produce images with a resolution and quality high enough for professional use on the web. The smartphone isn’t going to replace dedicated cameras across the board, but the average user will always have one with them.

Three-hundred-and-sixty degree photos and videos have matured considerably in the last year. An ongoing issue with 360 imaging has been a flaw in the software responsible for stitching angles together, causing undesired artifacts to appear in the final image. Improvements in stitching software, along with better 360 sensors and lenses have led to a sharp increase in their usage. But the final catalyst to put 360 imaging into mainstream use has been Facebook’s added features for sharing 360-degree media.

Light-field camera technology hasn’t yet expanded its reach to smartphones and 360-videos, but it could be a major competitor in the imaging space over the next several years. A light-field camera works by taking in and tracing all the possible paths that light rays can travel in a scene. With this data, viewers are given the ability to change what is in focus and what isn’t. This technology also makes it possible to simulate a depth of field more shallow than the world’s fastest lenses can produce. Depending on the sensors involved, a light-field camera can generate a 3D rendering of space and allow editors to shift the angle of a shot in post-production after capturing an image from a single, stationary point.

Why It’s Not All Doom and Gloom 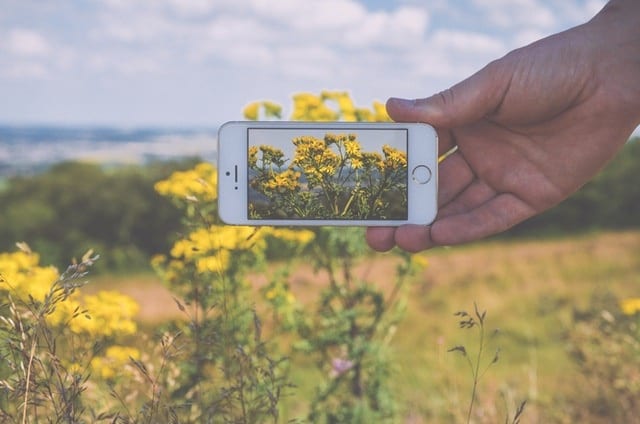 No single technology is going to kill the camera, especially for professionals. There are some things that a smartphone isn’t able to do such as simulate the look of a full frame DSLR, and that is due to the physics of how imaging works. DSLRs and other dedicated cameras also have the ability to specialize in a single area, whereas smartphones have to be a jack of all trades.

The same could be said of light-field technology. Currently, the processing power needed for a full frame camera is not practical to carry around. The files for a single image are also enormous due to the amount of detail and information needed to make a proper light-field.

Instead, these technologies and whatever comes after are going to be complimentary. Sometimes it is necessary to have specialized pieces of equipment to perform a particular task, but other instances call for a more convenient, all-in-one device.