The hard reality that graduates face when they leave college is that life really is only just beginning. It may have felt like you spent an entire lifetime in education. You’ve probably totalled over twenty years in all, though only the last five or so will be fresh in your memory. Surely now the hard part is over? Once you’ve gained all that knowledge, isn’t it just a case of getting into that profession and sticking with it?

A lot of people also feel that their new career must be relevant to whatever they did at college. How else are you supposed to justify all that time and money you spent in education? The truth of the matter is that very few modern companies care that much about degrees.

This is why it was important that you went to college and studied a subject that you genuinely enjoyed. One that would bring you fulfillment in and of itself. The modern business world cares much more about personality and experience than it does that degree you earned, I’m afraid.

With that in mind, another problem is that people will go for jobs with the highest salaries and not necessarily ones that will make them happy. Money is important, yes. But I guarantee you that if you spend years at a high-paying job you hate, you’ll come to regret it.

Why do people do this? A lot of the time it’s the motivation is paying off all that debt. It’s no secret that your average graduate has been placed in a huge amount of debt. This is a burden that is carried throughout adulthood, especially with salaries not increasing at the rate that student debts are. But it’s important that people realize that there are other options when it comes to dealing with debt. Try looking into student loan forgiveness. You may be able to deal with your debt without having to sacrifice your soul for a boring but high-paying job! There’s also fear that prevents graduates doing what they want to do. It’s seen as a bigger risk to try something in which they have no academic experience – and fear is big problem when it comes to choosing the right career. They often feel that their true passions have to play second fiddle to whatever it is they spent years studying in college.

One of the scariest parts about the whole prospect is that it all requires a certain amount of trial and error. The hope, of course, was that education would have provided this to some degree. If you’ve spent years chasing a particular pursuit, then surely you’d know at this point whether or not the career is suited to you? Of course, the problem here is that theory and practice are two very different things indeed.

What’s there to be taken away from all of this? The main message here is that, despite the promises of government and academia, nothing is certain when you leave education. Your path is not set out for you in a clear cut way. This is scary, but it’s also liberating. Tread carefully with your finances, tackle your debt, and do what you love to do. 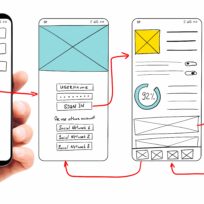