Varsity Dropout Row among Students in the First Year

The institution of higher learning is increasingly growing with many opting to go back and study to develop skills and create a brighter future for themselves. The demand of higher learning has been proven to have increased in studies carried out and posted on sites, with most of the findings showing that this is as a result of the increase in demand for skilled labor among major and minor employers who want the nature of their work to prove itself through quality and efficiency. Due to this demand, many higher learning institutions have been established by governments and private partners to curb the rising urge for higher learning.

In recent days technology has become increasingly growing with many institutions involving it in their curriculum and others using as a tool for passing knowledge through ways such as e-learning and online tutoring where the student benefits more and their intelligent quotient is weighed in a more advanced way. Some of these methods of learning in higher institutions give the student more comfort as one learns at their own pace and the chances of failure are greatly withdrawn from the education system.

Although the institution of higher learning has been greatly advanced, nearly a third of first year students have already dropped out of university. Statistics show that nearly a third of first year university students are dropping out of their degrees due to workload, money worries, social anxiety, disinterest in their subject and general unhappiness.  1200 UK students were interviewed over the holiday and 28% of those interviewed had either already quit their degrees or were considering doing so by the end of the first year as reported by MyVoucherCodes.

As students go for the festive break to relax and relieve themselves off the pressure that is experienced while studying, majority of them do not go back for the next semester once universities reopen and this is one factor that many universities fail to admit amidst other problems they face. Many universities need to change their responsibility to students far more carefully. According to new research in 2016, 27 percent of freshmen have seen in the new year by dropping out of their course or revealed they are contemplating to leave by the time he semester ends. Other reasons cited were that they had either found full-time employment or felt they were “disenchanted with further education.”

There are however many ways for students to help boost their second-term experience in order to ensure students make the decision that is right for them, including as making many new friends and getting involved in as many on and off campus activities as possible as suggested by Psychotherapist and researcher in psychological wellbeing at the University of Derby, Gareth Hughes. He added that no matter how many activities and events students cram into the first term, they will still benefit from trying new things and meeting new people. So first-year students should try and join some new students’ unions, clubs and societies. 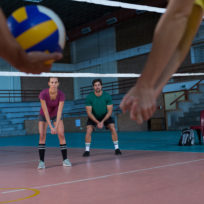