The Drawbacks of Dropping out on a Future Career 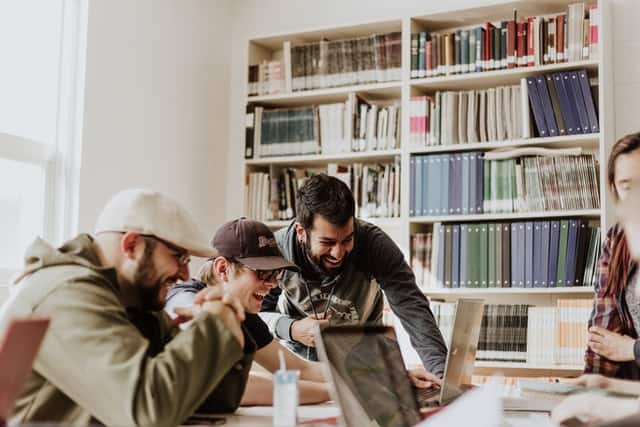 Dropping out of college is actually relatively common. It’s unfortunate, but many people end up dropping out because they have a hard time in college, because they stop being able to handle student debt, or because they think it’s a better financial choice for their future. However, nothing could be further from the truth. Once you enter college, it’s best to do everything in your power to graduate. Otherwise, these impacts of dropping out could affect your current life and your future career.

“How Long Will It Take to Pay Off Student Debt If You Don’t Graduate College?” 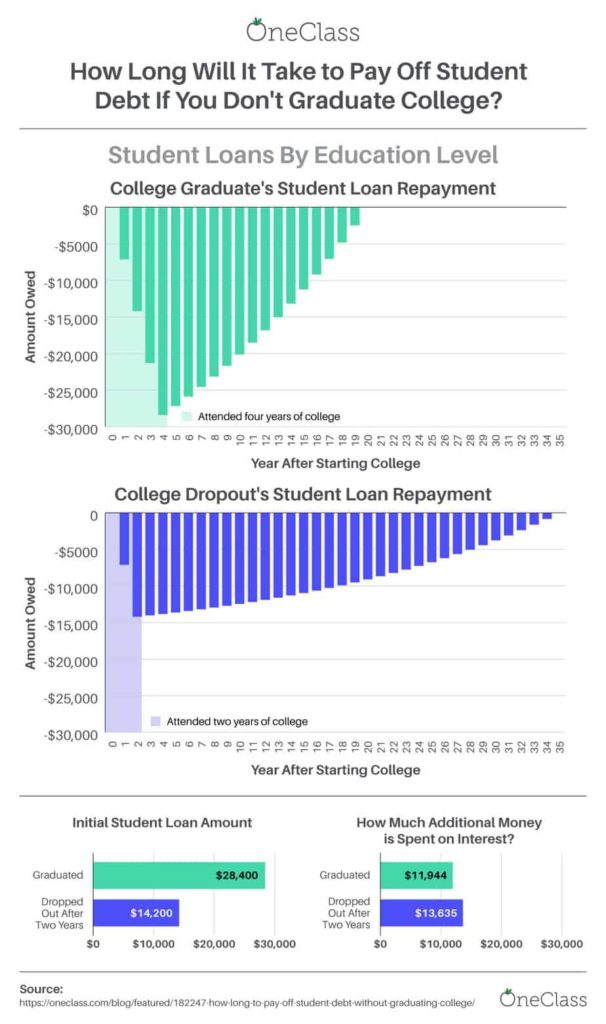 How Long Will It Take to Pay Off Student Debt If You Don’t Graduate College?

People who graduate from a four-year degree tend to command higher salaries than those who don’t. According to the U.S. Bureau of Labor Statistics, those who say they have “some college” experience have a median income of $41,704. However, those who hold a bachelor’s degree earn about 49% more, at $62,296. That means it’s much more likely that you’ll have to manage lower pay when you drop out of college, making it a financial risk.

Holding Onto Debt for Longer

One of the most prominent problems with dropping out of college is that it actually makes it take longer for you to pay off your debt. Although you’ll have less debt to begin with, the lower median income also means that you’ll probably make lower payments on average. This means you’ll pay more toward interest, which means you won’t reduce your debt by very much every month. On average, it takes a college graduate about 20 years to pay off student loans, while it takes a college dropout 34 years.

Issues With Banks and Financial Institutions

Banks and financial institutions as a whole are more likely to prefer college graduates over college dropouts. Regardless of why you dropped out, most financial institutions prefer to see it as a personal failure and will not usually hear out personalized information about why you weren’t able to complete your degree. That means they may also be less inclined to refinance student loans for a college dropout, but more inclined to refinance them for someone with a degree.

In general, many people attend college explicitly because they hope to use their degree to get a better job. However, if you drop out, you won’t be able to have that degree on your resume – the most you can do is say that you have “some college.” If a job requires that you have a degree in the thing you dropped out of, or it gives preference to people with a degree, you’re probably going to have more problems with getting that job as a dropout. Fewer job opportunities is one of the issues that leads to the problem of lower pay.

As you can see, dropping out can have a serious and long-lasting impact on your life. Not only will you probably carry the debt with you for much longer, but it can end up being far more debt than you would have expected, and it can impact the rest of your life as well. If at all possible, try to find online tools that you can use to bolster your college experience, making it less likely that you’ll have to drop out.