Pizza Ovens: The Heart of Every Pizza Spot 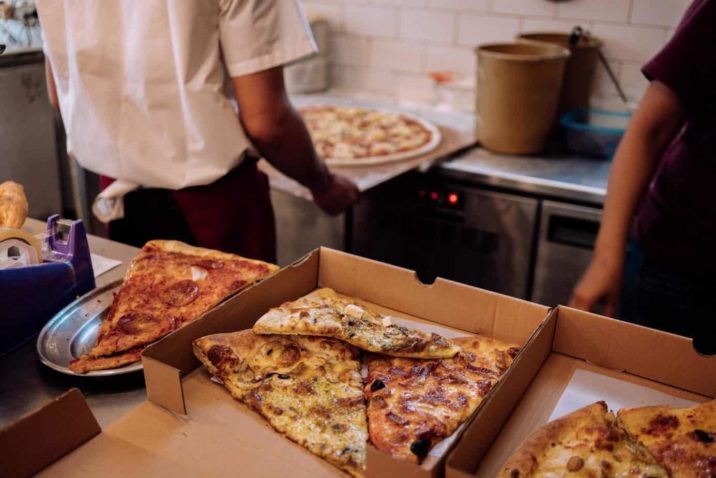 If you ask most people what food they’d want to eat after a long day or night, most of them would undoubtedly go with pizza. Whether you personally agree with that sentiment or not, it’s hard to deny that pizza is probably the most popular food of all. However, that doesn’t mean that all pizza is great pizza. Preparing the perfect pizza can be difficult, especially if you don’t get the dough recipe right, and if you don’t have the necessary food machines.

And when it comes to the most important industrial food machinery, the pizza oven is definitely at the top of the list. That being said, if you’re planning on opening up your own little pizza place, or if you’re looking to upgrade the ovens in your pizzeria, there are quite a few things you need to pay attention to in order to ensure you get the best oven for your needs that will result in delicious pizza every time.

As is the case with most other industrial food machinery, pizza ovens come in a variety of types, all of which have their own distinct advantages and disadvantages. The most popular types of pizza ovens are conveyor, deck and brick ovens. Without further ado, let’s discuss the different types of pizza ovens so you can figure out which one will best suit your needs. 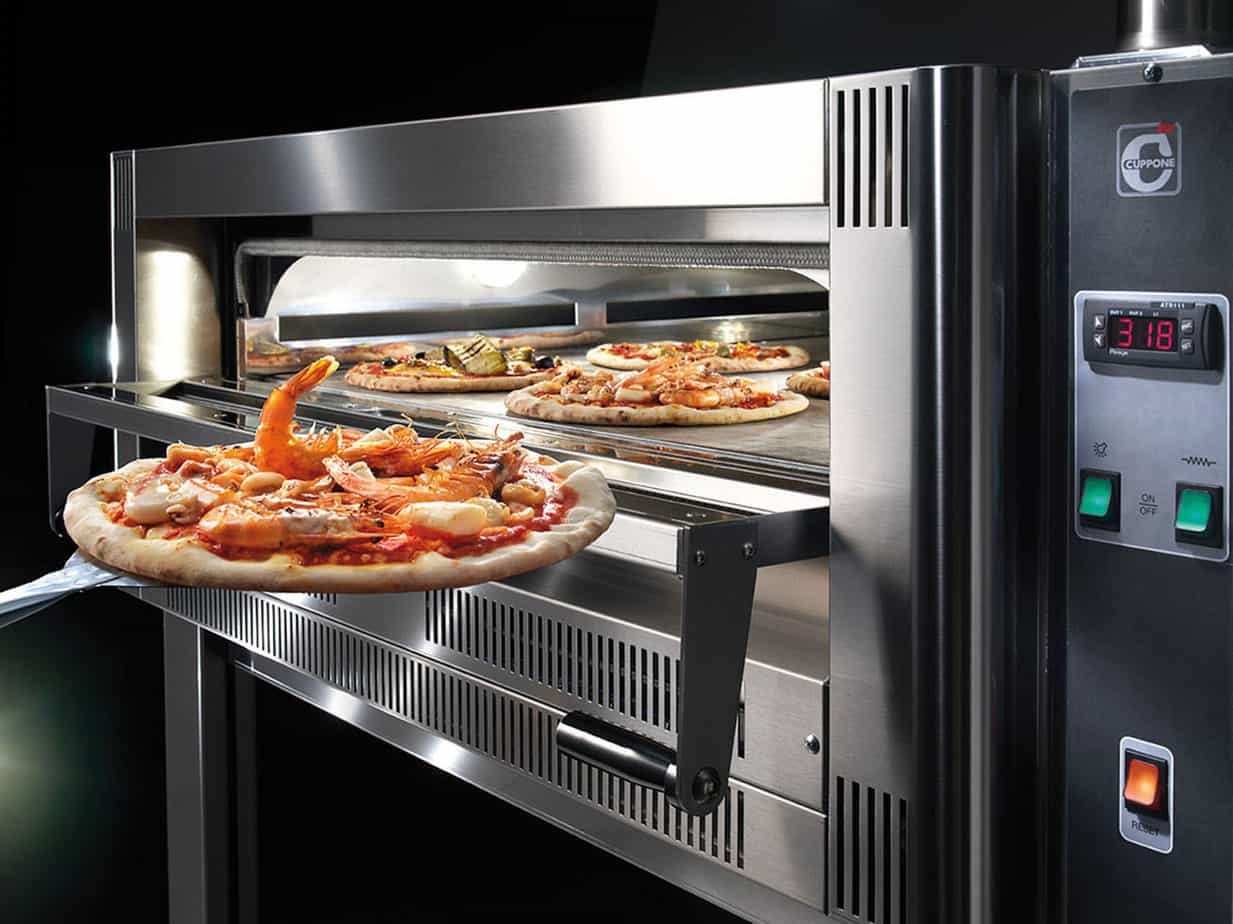 Conveyor ovens, as their name implies, work by utilising a conveyor belt. This makes the baking process easy and quick. In commercial applications, the pizza is prepared, then placed on the belt that takes it through the oven to bake. When it goes through the oven, it’s already done and ready to be served.

The major benefit of conveyor ovens is that they don’t need much supervision, allowing you to work on preparing more dough, packaging or serving the pizza. This makes conveyor ovens the best choice when you don’t have a lot of employees to assist you, or if you employ inexperienced cooks. Furthermore, you can put in pizza after pizza, meaning you get to prepare multiple pizzas quickly. The fast, hassle-free cooking that these ovens allow makes them ideal for large pizza spots, where high volumes are required on a consistent basis. But since this kind of oven is quite large, make sure that there’s enough space for it to fit in with the rest of your equipment such as a pizza sheeter to improve your business.

On the downside, conveyor pizza ovens reduce the amount of control you have over the cooking process. In other words, you’re limited to making only one style of pizza in them at a time. This makes them unsuitable for experienced cooks who need and want to make adjustments on the fly. So an experienced cook using a conveyor oven will produce the same quality of pizza as an inexperienced one. Furthermore, conveyor ovens feature more moving parts, so they require more maintenance. They’re also bulky industrial food machinery, so they take up more space and you’ll need to have some clearance on both sides to access the pizza.

Some of the things you have to consider when choosing a conveyor oven is the length and width of the conveyor. Longer and wider conveyors are preferred by establishments that need to dish out high volumes of pizza. The temperature range of the oven also matters. The more, the merrier, as it allows for greater flexibility. Higher temperatures are needed for cooking raw proteins whereas lower temperatures are needed for finishing or melting products for a better presentation. Lastly, consider the control style. Manual controls are more affordable and easier to operate, whereas digital controls allow for better consistency. 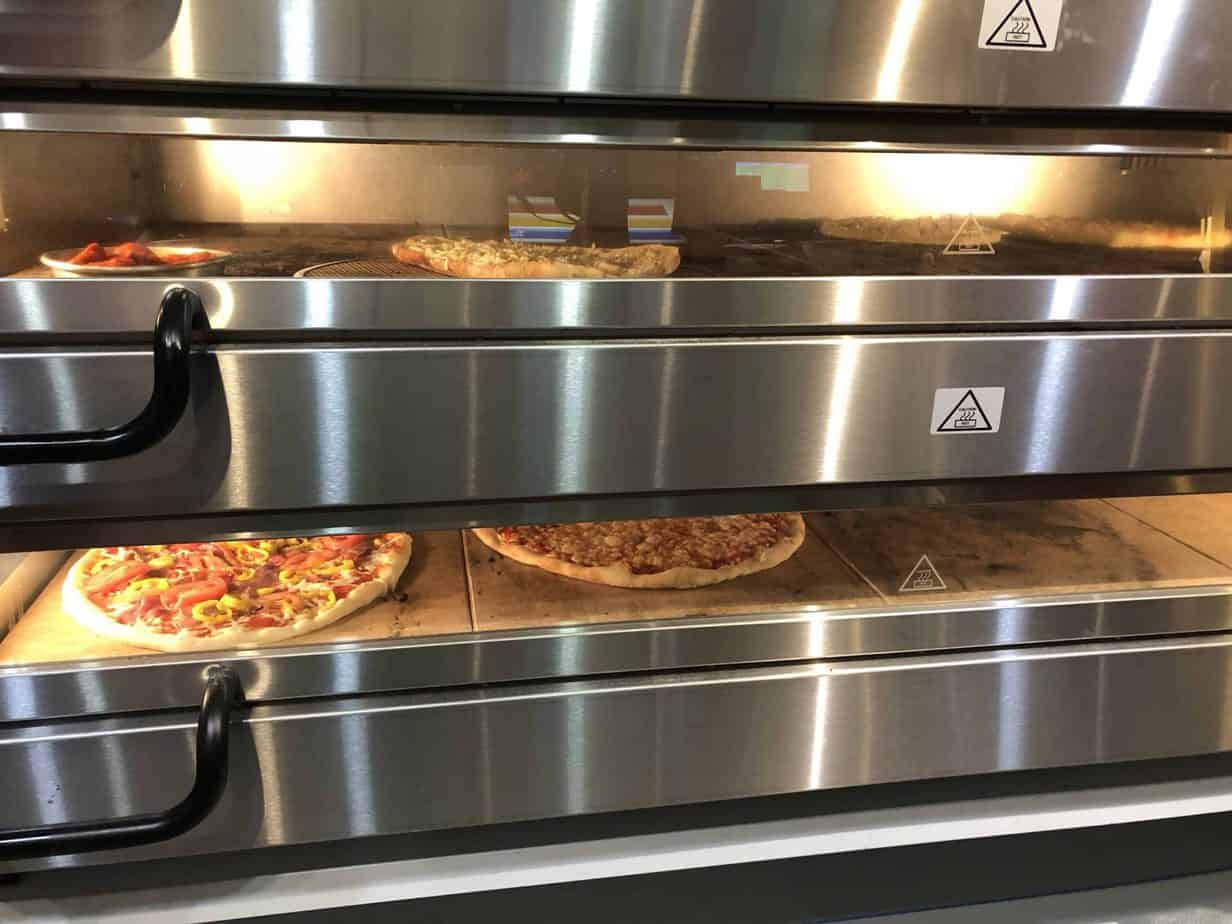 Deck ovens are the preferred choice for traditional pizza places that want to serve gourmet-style pizza. These ovens feature a deck that’s made of either stone, brick, ceramic tiles or metal. The deck transfers the heat to the pizza, heating the toppings and crust evenly. Deck ovens are considered the most versatile, allowing you to make decadent pizza, as well as steak, sandwiches and bread. This makes deck ovens the oven of choice for establishments that look to prepare more than just pizza.

Furthermore, these ovens are more adjustable, allowing for greater control over the airflow and temperatures. This gives you more freedom over the food you’re cooking. Additionally, they don’t require as much maintenance and cleaning, are typically more affordable to repair and take up less space as there’s no need for extra clearance space. You can also add stone or wood panelling to the oven to make it more visually appealing.

On the downside, deck ovens aren’t capable of producing as much food in as much time as conveyor ovens. For that reason, they aren’t great for high-volume establishments. Production is also slower, as they have what’s known as “recovery time”. Deck ovens aren’t as simple to operate, so you’ll need to have a more experienced cook that can multi-task. 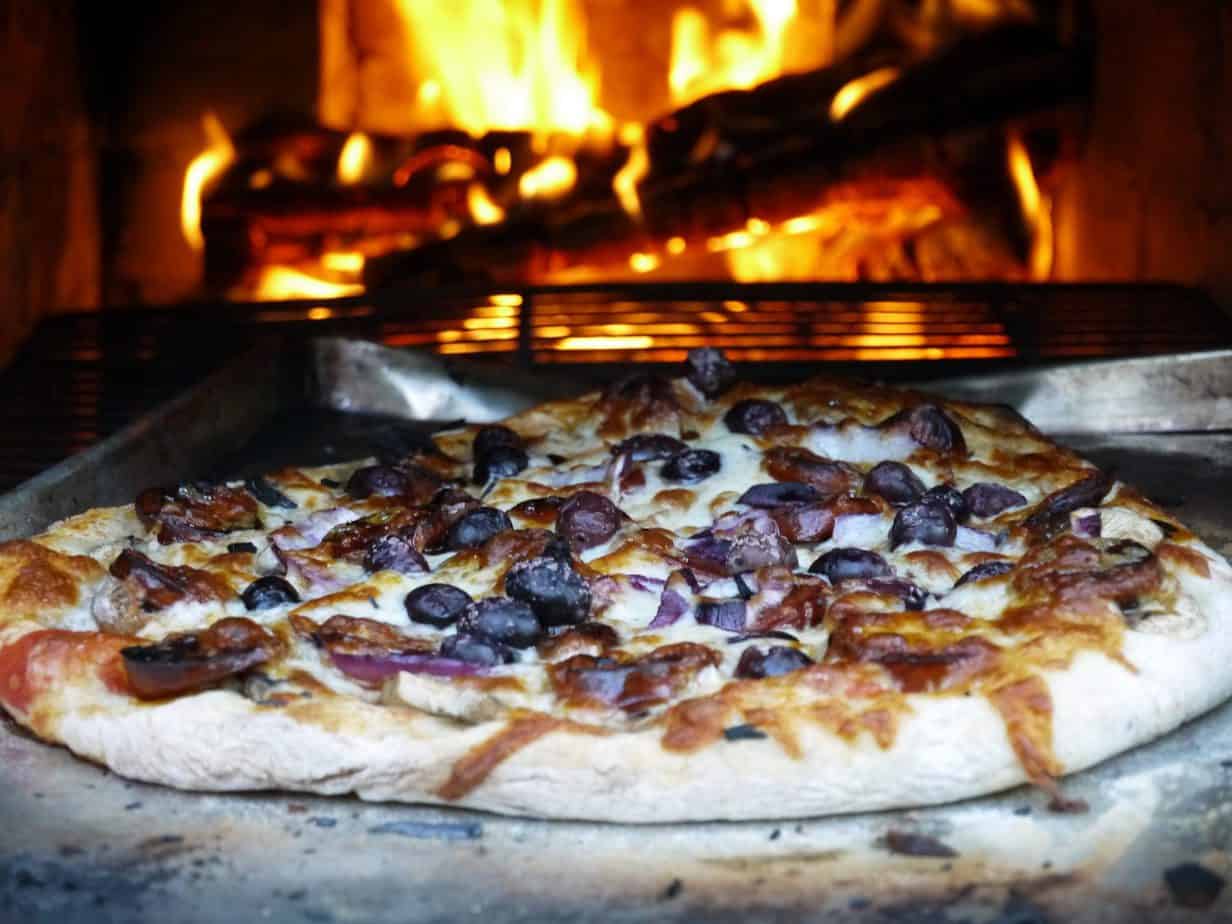 Brick ovens are used by experienced pizza masters who want to make artisan-style pizzas. These ovens are commonly seen in authentic pizza spots that try to replicate original, Italian-like pizzas. They’re also known as wood-fired ovens, and they allow you to make wood-fired pizzas that provide a smokier flavour, crisp crusts and crunchy toppings. However, there are also models that require gas to be lit. The benefits of brick ovens are that they allow for higher cooking temperatures, fast cooking times, better flavour and ultimate control over the pizza-making process.

But there are also downsides to operating a brick oven. For starters, it takes longer to pre-heat and you need to pay more attention to it. For this reason, they’re only used by experienced cooks. They don’t allow for a lot of multi-tasking like their conveyor counterparts, and it’s much easier to burn the pizza or fail to make consistent pizzas. It’s easier to burn the pizza, and you have to make manual adjustments. For instance, if one side of the pizza is close to the fire for too long and you don’t rotate it timely, you’ll just burn one side and the other will be undercooked. A lot of brick ovens are installed into the kitchen layout instead of being a plug-and-play appliance like other ovens. Additionally, they take up much more space than other types of ovens and you need to abide by local fire codes before installing one.