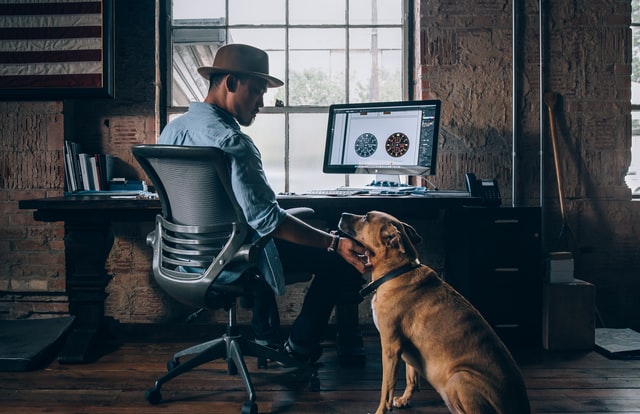 A new poll that was carried out in the run-up to National Pet Day has revealed some of the many benefits that pet owners claim they get from having their pets around while working. Many have come to realize how beneficial this can be as a result of working from home during the height of the global pandemic. Now that many have returned to offices, a lot of pet owners want to continue having their pets around because of the wide range of benefits.

With National Pet Day around the corner on April 11th, Vetster- which also commissioned the research – has launched an initiative for employers to give employees the day off to raise awareness of the importance of having pets around for a variety of reasons. The study involved polling more than 2000 workers who are also pet owners, and it showed just how reliant people have become on having their pets around when they are working.

Some of the Data from the Study

A lot of valuable data was collated from the study, and it suggests that employers may have to rethink the work environment if they want to hold on to valued employees and improve the chances of finding new staff when needed. More and more people appear to see a pet-friendly workplace as one of the priorities – and many are prepared to make sacrifices such as leaving their jobs or taking a pay cut in order to find the right workplace. Some of the figures from the study include:

Furthermore, the Vetster CEO Mark Bordo said, “Our data shows that many pet parents have had positive experiences when their pets have played a role in the workplace. Pets can help create and maintain a positive culture at work while improving people’s mental health and fostering friendships between colleagues.”

With the positive impact on mental health and anxiety coupled with the comfort, increased productivity, and improved bonding that pets can provide, this has become an important issue that employers need to think seriously about. For many businesses, a change in attitude when it comes to pets at work could mean the difference between having the right employees to aid the success of the business or settling for whatever they can get.

So, based on these results, there could be a significant change in the pipeline when it comes to pet-friendly workplaces, as more and more people see this as a vital benefit.