Generally, our working lives are smooth and free of any troubles. However, certain instances of negligence can lead to an accident, and leave you with a serious injury. If this has happened to you, then I can imagine you’re feeling pretty down. For starters, you have to deal with the pain of recovery. You also have to live with the knowledge that the whole affair could have been avoided. These are the kinds of factors that lead to employees claiming compensation against their employers. If you’ve been injured at work, then here’s a guide to making your claim. Hopefully, this will help you get the justice you’re seeking.

First of all, make sure you’re seeking all the necessary medical attention. This is needed for the obvious reasons, but can also have an impact on your legal position. Even if your injuries were minor, and you’re well on your way to recovery, you should be seeing a medical professional. If you don’t seek attention as soon as possible after the incident, then it could harm your case. This is because the court may hold you partially responsible for the state of your injuries. This is particularly true if the damage has gone on past the actual incident. Of course, if you can prove you sustained the injuries due to negligence you won’t receive all of the blame. However, if you’re found to be partially responsible, your compensation isn’t going to be anywhere near what it could be.

The next thing you should do is go to the police to discuss the incident. Ultimately, you should come away with a written report. A police report gives you hard substantial evidence, which can be used later to strengthen your case. This kind of documentation relating to the event and factors surrounding it can go much further than you’d think. When filing the report, make sure to include as much information as possible. Most importantly, gather the full names and contact details of anyone involved in the incident. While you’re helping police draft this report, bring up everything you can remember. Even the smallest of details can help you astronomically when you come to court. Even events between the incident and the writing of the report can be important. All in all, a police report will serve as an authoritative, chronological account of everything relevant to your case.

You should be as detailed as possible dealing with the police, true. However, you should watch what you say around other people. By “other people”, I mean anyone else who had some kind of link to the incident. Obviously, you’ll be going through a range of different emotions. However, you should avoid saying anything which might stir up resentment for someone, or identify any individual as at fault. You’re under no legal obligation to say such things. Don’t be intimidated by people putting you under pressure! Obviously, you can discuss the incident to some extent. However, don’t say anything which could escalate the situation or affect the case later on. Generally, it’s best just to keep your mouth shut altogether!

The next thing on your list should be recording any kind of expenses which you incurred related to the injury. These might be medical bills, fees for repair work on damaged property, and forfeited wages. Go over every last penny you spent because of the incident, and get records of it. The more official these records are, the better. If there were any discounts or extra charges which aren’t reflected in your receipts, add your own annotations. Bear in mind though that you may have to prove these one way or another. Even if they don’t seem too important, record all related expenses. This will save you a lot of hassle in the later stages.

I’ll give you an important warning here; beware of traps. If you’re ever having to liaise with insurance companies, make sure to bring a personal injury attorney with you. In a lot of cases, insurance firms will only serve to complicate the entire situation. You should exercise the same caution when going to any kind of meeting where you might need to sign something. When pursuing a personal injury claim, you may need to sign a lot. However, make sure you read and understand every last document put in front of you. In particular, you need to look out for documents that mitigate or lessen the liability of another party. Even more importantly, be wary of anything which states that you promise not to sue. If possible, have your lawyer look over everything before you even touch a pen.

This wariness of deals and agreements can’t be stressed enough. A lot of people, when chasing compensation, will agree to a settlement which leaves them losing out a lot of money. Do not make this mistake. Unless you’re a legal professional with experience in these kinds of cases, make sure your lawyer goes over everything. Some people, having a little experience in law, decide to deal with these meetings themselves and save on legal fees. This can end up with you being in a much worse position than you were before. Personal injury law is a large, complicated subject. Individual decisions should really be made by a specialized lawyer and no one else.

My final tip is to observe all given deadlines. If you weren’t already aware, there’s a limit on how long you can leave between your injury and filing your claim. This limit varies depending on a range of factors. Different states have different laws regarding it. It may also be affected by the nature of your claim and your injury. Whatever your time limit is, it should be one of the first things you find out. After the period has expired, you’ll be banned from filing your claim. Be sure to keep track of all relevant dates, and relay them to your lawyer.

Follow these tips, and your personal injury case will be solid as a rock. Understanding the law may be tedious. However, getting that compensation certainly isn’t!

How Attending Private School Can Benefit Your Child Later in Life 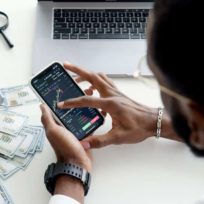