Kingston, New York is an up-and-coming neighborhood that boasts vibrant art and music scenes, hipster coffee shops, and promises to be the new Brooklyn. Many New Yorkers are drawn in by the lower cost of living, but paying less comes with a price in Hudson Valley. The neighborhood is home to powerful gangs including the Crips and the Bloods, and their presence goes way back in the city’s history. 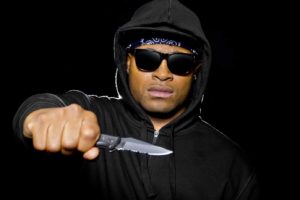 In the 90’s, a man called “Pistol Pete” transformed a group of crack dealers in Kingston and started what is now known as the East Coast Bloods. When the Bloods began to dominate Midtown Kingston it encouraged different gangs to claim their own territory. Gangs started popping up in protest and soon the neighborhood was home to the Bloods, the Crips and other dangerous gangs.

Today, Kingston faces a multitude of gang related problems, a substantial amount of drug activity, segregation, poverty, and gun violence. When living in a neighborhood with these present risks, it’s important to have someone on the people’s side to fight for them if they ever become a victim of gang violence. Additionally, when violent crimes are so prevalent, innocent people can get wrongly accused. Luckily, Hudson Valley has honest violent crime defense to ensure its citizens’ right to justice.

The Kingston Police Department has also taken action to lessen the amount of gang activity in the area. The department’s Special Investigation Unit set up an undercover sting to start finding the most dangerous members of the community. The unit buys crack, cocaine, heroin and diverted pharmaceuticals from drug dealers at various locations throughout Kingston and the surrounding area in order to track down the criminals.

40 arrests were made in one day when the unit busted gang members in on homes throughout the city and at the Budget 19 Motel on state Route 28 in the town of Ulster. The department will continue their investigation and will be making arrests until the city is safe and free of gang activity.