“For a long time the Chinese economy has been one of the biggest in the world. In fact, China, despite being an emerging market is the world’s largest consumer of basic materials such as copper. That is slowly changing, however. The economy has not stopped growing, yet, but its rate of growth has slowed down. The workforce is dwindling, and now that the economy has matured it is changing from a production-focused one to a service based one.

The Chinese government is doing what it can to stimulate the economy, but it will not be able to stop it from changing, and the impact of the gradual shift in China’s economy is being felt everywhere from the Nasdaq to the FTSE 100.

The Financial Times has released a documentary series focused on the growth of the Chinese economy, and the recent shift and slowdown.

It discusses the depletion of the workforce, and the problems that emerging markets face when their boom is over. The video series looks at the end of the migrant miracle – can China recover from this? What would it mean for the rest of the world if they could not?

We live in a world with a global economy. China’s problems may seem far away to us, but they will have a huge impact on our own lifestyles. It is a good idea to stay informed about what is going on in the wider world, and learn what you can. You may not be able to change anything, but information is power – the more you know about how the global markets work, the better equipped you will be to handle changes in currency prices and shares, and the dangers of any ‘economic contagion’ coming from Europe or from China. 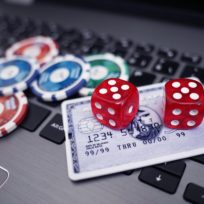