Careers To Consider Based on Your Favorite TV Series 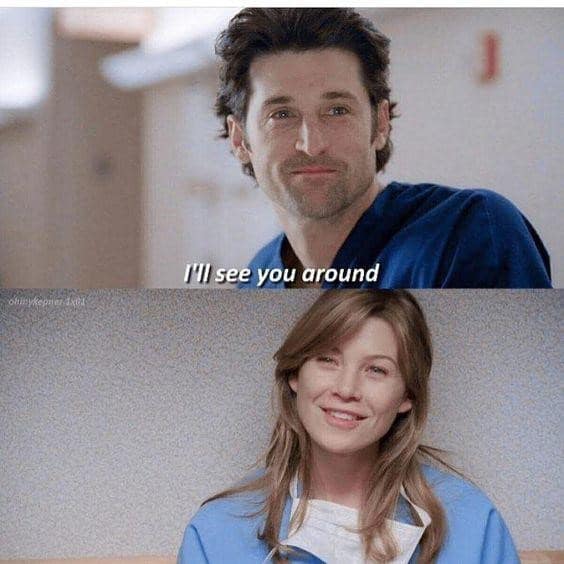 Picking a career is one of the most difficult decisions we will ever make, and we will usually make them more than once a lifetime. Partly because we are super indecisive and partly because change is inevitable – change within ourselves and our chosen industry.  We typically base our careers possibilities on our interests, aspirations and our unique skill sets. It’s hard to imagine that binge watching our favorite tv shows can somehow affect the careers we choose, but according to Fletchers Solicitors, thirty-nine percent of millennials say their career choices are inspired by the actresses and actors on famous tv shows. That gives a lot of power and responsibility on some of our favorite fictional characters, but the theory doesn’t sound impossible. We watch what we enjoy, things that resonate with us, so it makes sense that watching our favorite characters navigate their careers and lives imparts something on us that we hope to adopt for ourselves. Whether that be a personality trait, a sense of style or even possibly a career. Our beloved cult characters romanticize even the most demanding professions making every job seem heroic and rewarding which isn’t the always the case in real life. They even make us believe that a personal life is possible! Can this be true?

If you are still unsure about what career you wish to make your own, don’t fret, because making a decision might just be less complicated than you think. While the help of a reputable recruitment agency, career counsellors and parental advice is essential when it comes to picking a career, we can add another to the list: putting on our slacks and binging on our favorite shows…only stopping to snack periodically. In fact, we might have to reconsider our careers at least once a year with the discovery of this new development. Now, to ensure that you have considered all options, we have curated a list of the top careers of women on the silver screen. Our suggestion, start at the bottom and work your way down. If you’re still unsure repeat step one.

Meredith Grey and her misfit colleagues had us all dreaming of heroic lives filled with saving the sick and occasional steamy romps in the on-call room of Seattle Grace Hospital. We can’t help but be super invested in the going on’s of everyday hospital life, hooked on staff’s ability to juggle their personal lives all the while navigating the stressful and complicated route of becoming a doctor. Aside from all the drama – which continually keeps us at the edge of our seats and promises to bring tears to even the toughest of people, it’s a great show. The staff sets the benchmark very high with regards to what it takes to become good a doctor in every episode. Aside from good looks and brains, we glimpse into a world of blood, sweat, many tears and lots of determination, with the list of passing criteria only ever growing. These residents are reliable, hardworking and compassionate and we long for the days when we too can wear scrubs and daydream about McDreamy. According to the study, nearly 40% of participants interviewed stated that medical dramas were the most influential when it came to picking a career path. 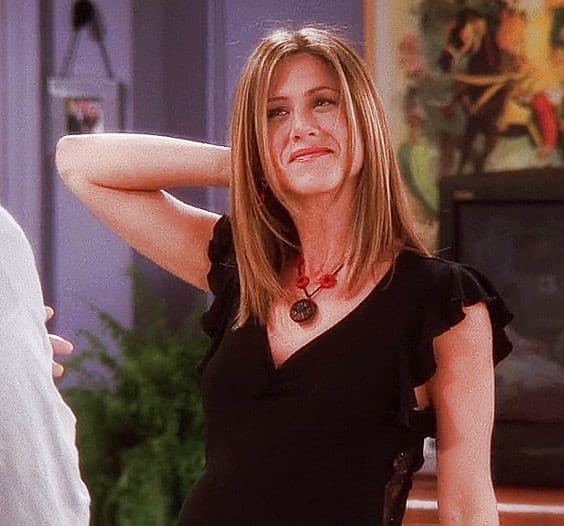 Friends is at the center of sitcom fandom. It is one of, if not the most influential series, of the last decade – a cult classic. Friends changed our social lives and epitomized the true spirit of camaraderie as well as established a Nationwide coffee culture – which, thanks to the hipsters, we still see today. We often take for granted the extensive influence Friends has on our lives with the active lives of Ross, Rachel, Monica, Chandler, Joey and Phoebe along with 90’s nostalgia is forever imprinted in us. However, it was Rachel Green the frivolous, fashion-forward friend, who is equally gorgeous as she is funny was not only a style icon of the 90s characterizing every trend that came her way, but she was also the inspiration for women aspiring to join the fashion industry. She is the ultimate example of career persistence and determination as she has had her fair share of career ups and downs. Starting out as a less than competent waitress at Central Perk where she was initially unable to make a cup of decent coffee or remember orders. However, she eventually clinches her dream Job as a buyer for Ralph Lauren. She inspires women everywhere to reach for the stars and not to be afraid to start at the bottom.

Sex and the City

Sex and the city is another cult classic. A story about four women; Carrie, Miranda, Charlotte and Samantha, navigating careers, friendship and love in the Big Apple. These women changed the lives of everyday women around the world. Providing us with a language in which to share and express our deepest feelings and our most intimate experiences, everything from sex to babies. Carrie Bradshaw, the stylish, witty protagonist of the show, epitomized empowerment, independence and sensuality. Carrie influenced a generation of female millennial writers, all hoping to achieve that ‘$4 a word at Vogue’. If only all writers could spend their days cruising through the single men of Manhattan; lazing about their one-bedroom apartments wearing nothing but their underwear, all the while sporting a pair of designer Manolo Blahniks – yet the fictional life of Carrie had us all dreaming that very same dream. Carrie embodied the post-feminist empowerment of women, one where all cards were on the table, and nothing was out of reach or off limits. In fact, Carrie was so great she could trip in heels, have her heart broken twice and still manage to make it in work, love and life.

Quote: “Being single used to mean that nobody wanted you. Now it means you’re pretty sexy and you’re taking your time deciding how you want your life to be and who you want to spend it with.” 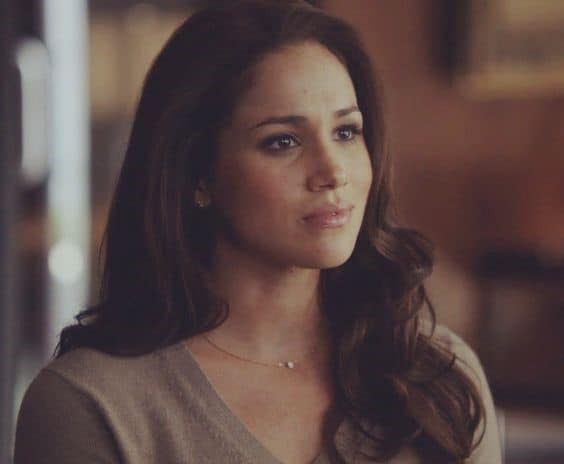 Suits is without a doubt our favorite legal drama, sporting just enough wit, drama and style. The staff of Pearson Specter Litt are driven, dedicated and undoubtedly the best in the business. However, the most influential of these characters is the powerhouse paralegal Rachel Zane played by the beautiful and brilliant Meghan Markle (yip, the one who is dating Prince Harry). Aside from being our pencil skirt muse, Rachel Zane is a fierce negotiator, a loyal friend and a supportive wife. She is continually trying to better herself and the lives of those around her. According to the study, the UCA’S applications for law degrees among women has gone up 20% in the last five years – and there is no doubt that this is credited to Rachel who made climbing the law ladder look as easy as sleek tailoring and a fiery attitude.

Quote: “I want to know if you love me more than you hate what I did.” 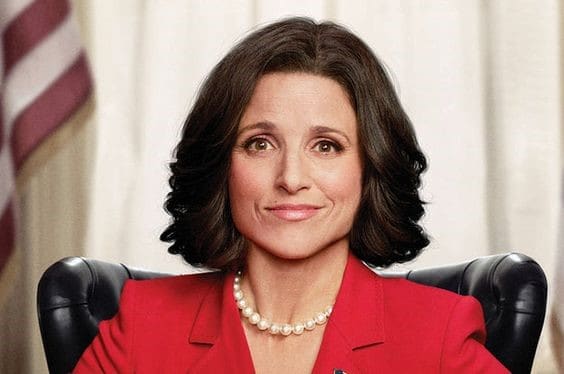 The American political satire comedy follows the fiction life of Selina Meyer and her team who attempt to run the white house, leave a legacy and make their mark without getting tripped up by the endless and inevitable games that define the American Government. Selina embodies what it means to a power woman, watch her as she makes her way to the presidency. What could be more influential than seeing the first – albeit fictional – women president. The timing could be better what with the recent American Presidential Election and the new age wave of feminism, women now more than ever are itching to get into politics to make their voices heard. 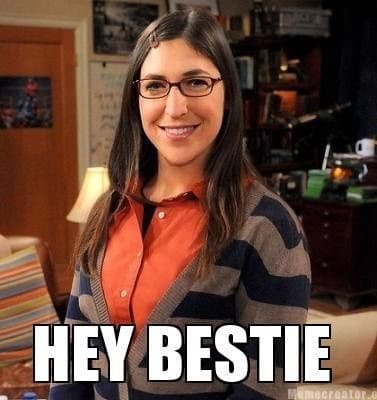 The Big Bang Theory follows the lives of seven friends living in today’s digital age. Leonard and Sheldon who are both physicists at CalTech; Penny an aspiring actress and current waitress; Howard an aerospace engineer, Raj an astrophysicist as well as the Bernadette a microbiologist and Amy a neuroscientist. And while we are pretty sure a lot of us are still trying to decipher what exactly it is that these jobs entail – some of us are super inspired by these women especially Amy Farrah Fowler – in fact, Amy has influenced women all over the world to enter the world of sciences. Amy is somewhat geeky, yet she oozes intelligence and wit beyond that of the male leads of this sitcom. Showing women everywhere that we can be just as passionate about biology and science as we are about art and poetry – that it is not just a field for men.

Quote: “My Life is like everybody else’s, subject to entropy, decay and eventual death. Thank you for asking. “

How To Get Your Resume Seen By Potential Employers